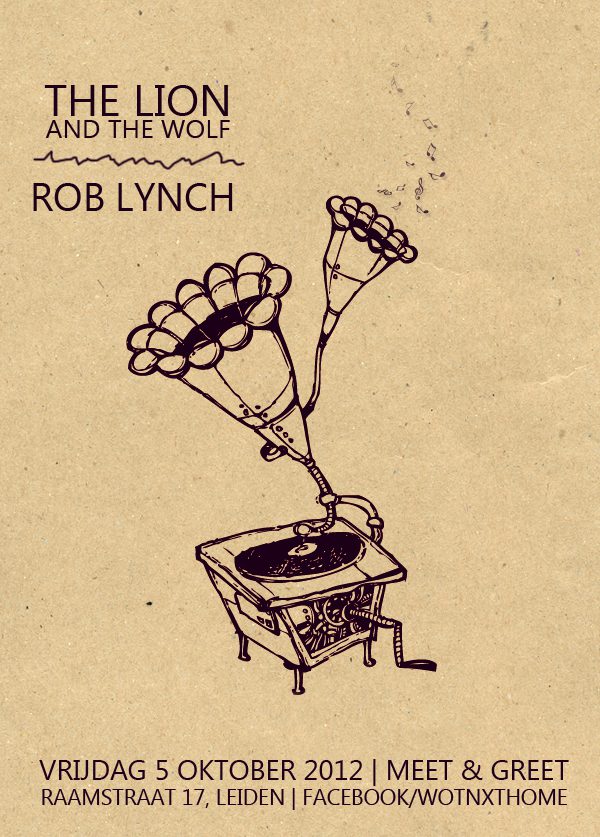 28 jul ROB LYNCH + THE LION AND THE WOLF

ROB LYNCH + THE LION AND THE WOLF

Thomas George’s solo act ‘The Lion and the Wolf’ has an incredibly intimate feel with his live performance which is complimented by lo-fi home recordings all done in the name of the DIY ethic. This is replicated beautifully through a haunting and passionate live show which often sees TLATW step away from the mic and walk around the crowd singing his message.

Having played in what seems to be every town in the UK, Rob Lynch prides himself on hard work and writing excellent and emotive upbeat songs straight from the heart. Recently signing to Walnut Tree Records, Rob has gained a steady and loyal following on the underground acoustic scene from his constant touring. Punktastic.com rated his EP the No.1 EP of 2011 and this year will no doubt be just as successful as Rob has just confirmed his first show in the US playing ‘Fest’ 2012.

huiskamer leiden meet&greet rob lynch the lion and the wolf